Let's talk about your business 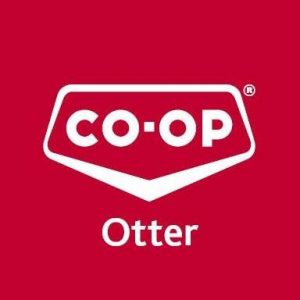 Otter Co-op was growing rapidly through both organic expansion and acquisitions when an opportunity arose to significantly expand their liquor store operations by acquiring a group of stores from a well-established public company. Otter Co-op had a strong and long-established lending relationship with their local credit union and Federated Co-operatives Limited (FCL), but the lending requirement for this acquisition was outside of the parameters and scope of FCL and their existing lender.

Having served together on the board of the local Chamber for a number of years, Otter Co-op CEO Jack Nicholson understood the way that Ashdown’s Brad Kiendl and his team operate. Jack entrusted Ashdown with the process of finding financing to support this transaction, as well as Otter Co-op’s continued growth thereafter.

Ashdown left no stone unturned, seeking and ultimately receiving financing offers from seven lenders. The way that the Ashdown team structured the deal was especially attractive to a local credit union that shared Otter Co-op’s community-minded values. Their offer was competitive on price and flexibility, and importantly, contained financial covenants that were structured to support continued growth. The deal proved to be the largest in the credit union’s history, making it a big win for the client, lender and community.

Given the quick movement of the transaction, a concentrated effort was made to expedite the financing process, and the deal escalated from Ashdown engagement to fully-funded within a swift, 16-week timeline. Otter Co-op is now in the process of integrating the new locations into their existing systems and infrastructure, and enjoys the distinction of being the largest private liquor retailer in BC.

“Otter Co-op was pleased to partner with Ashdown Capital to find the best solution for our major acquisition financing, along with opportunities to finance other parts of our operation and growth.  We appreciated the chance to support a local business that was interested in learning our specific business model and needs.  Brad and Ryan were fantastic to work with, very respectful in our dealings, answered any questions or concerns quickly and efficiently, all while bringing us the best options and recommendations for our financing needs.  The entire experience was such a positive interaction, and I’m proud that Ashdown Capital was able to partner us with another Co-operative to grow our needs and community together.  I highly recommend Ashdown, and will certainly use them again for any future needs”. – Jack Nicholson, CEO, Otter Co-op

Let's Talk About Your Business

Give us a call so we can hear more about what you need to make your ideas happen. We'd love to chat.